I read a lot of Stephen King as a teenager, which probably helps to explain why my stories are so freaking weird.

I loved – and I still love – King’s novels. I also love his short stories, and I especially love that little section in the back where he explains his inspiration for each story. Neil Gaiman does something similar in his short story collections.

So hey, if this is something King and Gaiman do, I can do it too!

In this post I’ll tell you about the inspiration for my short story “John Cutter Entertains a Visitor,” which was published by Typehouse Literary Magazine. You can read the story for FREE here. 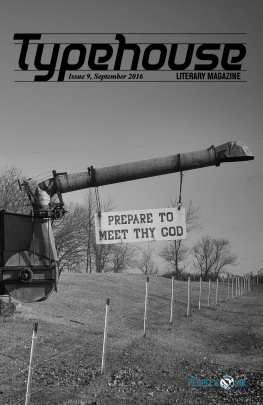 This is also the story that was nominated for a Pushcart Prize, which made my entire freaking year.

The story is about a prospector in the Colorado Rockies in the late 1800s and his unexpected, mythological guest. It’s a bit…different. I wrote it as background character development for The Trickster’s Lover, in my car, in the dark, cold parking lot of my daughter’s dance studio during her Tuesday night lessons.

So where did I get such a crazy idea?

First off, John’s cabin is a real place. It’s a one room log cabin with a sod roof nestled at the foot of Mount Harvard in the San Isabel National Forest of Colorado. The cabin is in the National Register of Historical Places, and it was even built by a guy named John.

How do I know?

Well, back in the ’70s my parents and a group of their friends discovered the cabin. They liked it so much they bought the mining claim, and I spent my childhood thinking “vacation” meant hiking eight miles to a cabin where you’d cook over a wood stove, haul water from the creek, and use an outhouse.

This may explain why I ended up living in a tipi…

The prospector John died suddenly. One hundred years later, his cabin was still pretty much exactly as he left it. The barn was filled with bags of bismuth ore, glass jars filled with murky brown liquid labeled “sent,” and the rusty metal loops of leg traps for lynx.

The wooden lynx cages were still standing between the outhouse and the cabin. As a child I’d climb in the cages and press my fingers to the deep gouges left by wildcat claws a hundred years ago.

One of our favorite bedtime rituals as kids visiting the cabin was to ask my dad how John died. Dad would turn the Coleman lantern down low and tell us that long ago, one stormy night, John heard the horses making strange noises in the pasture. He opened the door, walked out to check on them…and dropped dead.

My dad would just raise his hands and shrug his shoulders.

“John Cutter Entertains a Visitor” began with me wondering what Loki did after he was released from his prison, and it ended up in the Colorado Rocky Mountains, answering a few of the questions I’ve carried with me since childhood.

You can read the story here. Drop me a line and let me know what you think!

One thought on “The Story Behind the Story: John Cutter Entertains a Visitor” Leave a comment ›